Source: DOUBLEWIDE ON A HILL

DOUBLE-WIDE ON A HILL

My grandparents had a farm in Mercer County, West Virginia.  They had a nice little valley surrounded by very tall hills, some would even say mountains.  From about five on, I climbed those hills with regularity in the summertime.  I spent at least two months each year on that farm until I was 16.  The discovery of girls changed my attitude about quiet country living.

When I was 15 or so, I was standing on one of the hills on the western side of the valley.  The day was clear, it was hot on the mountain top, and the sky was high and blue.  You could see all the way to the Virginia line on the east side and at least to Welch on the west.

After sliding down the hillside, I met my grandfather on his way to the barn.

“Yep, you can see forever up there.  Man, I would love to have a double-wide up on that hill with a nice big front porch and some rockers.”

“Listen, you got bigger fish to fry than a double wide on a hill.  You need to get on with that book learning your momma says you’re so good at.  You are going to work with your mind, not your hands and your back.”

“But Bud’s got a really nice double-wide and that pretty wife of his.  Looks pretty good.  Mine would be even better cause of the view.”

“Boy, you are just 15; what do you know about a view. Besides, Bud is an idiot—dumb as they come.  His momma didn’t have very good taste in men. That whole Maddox clan over by Bluewell is dumb as posts and she married the dumbest of the lot.  I know you think Bud is cool because he is your cousin and been in the Navy and he can’t help being dumb—it’s just part of who he is–just dumb.”

“Listen, Boy, no more talk of a double-wide. Make yourself useful and milk Betsy.”

I listened to my grandfather.  But on particularly rough days in my calling as a financial advisor, I day dreamed about a simpler life on that hill.  I could have married my third cousin, Bobbi, a really pretty blonde girl I was chasing after that summer.  We could have had three or six kids and I could have worked on the railroad.  What a view.

As things turned out, when she was in an alcoholic haze, Bobbi killed her husband with a long-barrel .357 magnum.  My life is truly wonderful after all, market cycles included. 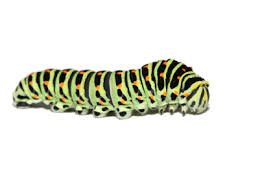 This caterpillar was crossing a roadway in my little retirement village.  He was simply beautiful.  I suppose I had always undervalued and underappreciated the caterpillar.  This fellow was yellow and black and was moving at a slow steady pace.  It seemed he had an objective to reach the other side.

I was fearful that he might be squashed by a passing automobile, so I stood around waiting for him to cross over.  Several of my friends came by, stopped their cars to speak, asked if I was okay and then inquired about my purpose in directing the traffic this day.  I told them I was protecting a caterpillar that was moving to the other side of the road.

One of them smiled and inquired, “As in relocating?”

“No,” I said, “He thinks the grass is greener.”  The window went up and a broad smile appeared.  Two bad jokes in a row.

This unusual dude had three pairs of legs and several leg-like appendages. He was also hairy in spots. He will be a butterfly soon.

Caterpillars are the larval stage members of the order Lepidoptera (the insect order comprising butterflies and moths).

As with most common names, the application of the word is arbitrary and the larvae of sawflies commonly are called caterpillars as well.

Caterpillars of most species are herbivorous, but not all; some (about 1%) like insects and may be cannibalistic. Some feed on other animal products; for example, clothes moths feed on wool, and hoof moths feed on the hooves and horns of dead cows, sheep and pigs.

Caterpillars as a rule are voracious feeders and many of them are among the most serious of agricultural pests. Many moths are best known in their caterpillar stages because of the damage they cause to fruits and other agricultural produce, whereas the moths are obscure and do no direct harm. Conversely, various species of caterpillar are valued as sources of silk, as human or animal food, or for biological control of pest plants.

Most likely, this was more than you wanted to know, but the caterpillar is one of God’s interesting and unusual creatures.